My dog Brooke, a Golden Retriever, ran up to greet a group of Native men who had their backs to us. They were pitching big round river stones into the back of a pickup truck. Their work was noisy, rock thundering against metal, and they didn’t hear us coming. When she reached the first man he was bent over and preparing to lift a stone. She surprised him and he leaped in fear. Not knowing how he’d react, I called out that she was friendly and harmless. He later laughed and said that for a split second he thought my dog was a cougar… same color, similar size and we were in big cat country. 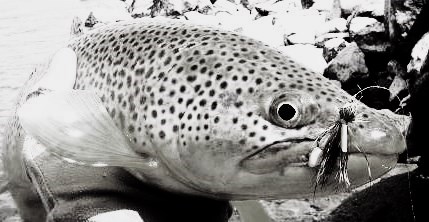 The man said they were collecting the river stones for an upcoming Sweat Lodge (purification) ceremony at a Sun-dance or Pow Wow on the nearby reserve. He had a white bandana on his head and his face looked like he had lived a hundred lives. The other men stopped working and gathered around.

They were from the Blood tribe, part of the Blackfoot Confederacy, a proud plains people who were originally nomadic and followed the buffalo until everything changed. All had jet black hair. In their facial structure there was a trace of ancient Asia and I imagined they had just walked across the Bering straights.

They made a fuss over my dog, kneeling down and playing with her, and remarking about her friendly disposition. We talked about the upcoming Sweat for a while. They spoke about the ritual and said the stones they were collecting would be heated and water poured over them to create steam in an enclosed space. They spoke about people having visions in the intense heat and about other mysterious experiences.

They asked me questions about the river and its secrets saying they were hunters, not fishermen. I departed wishing them a successful ceremony and they said “good luck’ on the river.

As my dog and I headed upstream she kept looking back towards them. Every ten yards or so she’d pause and look back. Then I heard one of the men holler, “Don’t look back”! We both stopped and turned around. Then he said it again, “Don’t look back”. It was the white bandana man. He saw my puzzled expression and explained, “I name your dog, Don’t Look Back!” I nodded and waved goodbye.

That was several years ago. The river I was on is a solid one hour drive south of my home and I always fish it from late summer through to the fall usually with grasshopper imitations until the first frost occurs. If you take your time on a sunny day and use the stream side bluffs and high banks to your advantage, you can sight fish. It is a challenging place as trout spotting is not always easy. You have to be observant. Over the years Don’t Look Back and I have spent some memorable days angling there. Although the region is predominated by rainbows and cutthroats, this river has some nice brown trout. Browns and the Blackfoot…that makes it special. 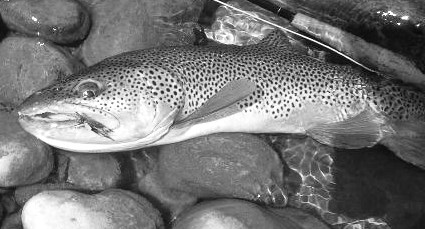