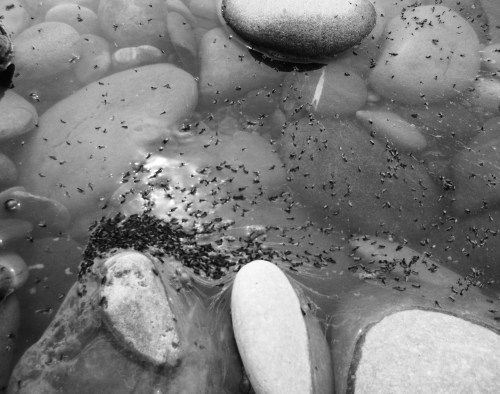 I went to a local tail water river two times in the past week feeling hopeful. However, there was no dry-fly action in spite of a lot of Midges being around and even some Blue Wing Olives. I was excited to see drifting mayflies after several months. I guess that’s something only a fly angler appreciates. It’s been a long winter and slow developing spring and water temperatures are still very cool: 38F. Usually at this time of year I can pick up a couple of surface feeding fish late afternoon once the bugs get going. It begins with whitefish rising, then some smaller to mid-sized trout, then when the hatch really gets popping and bugs accumulate, some bigger fish get involved. No such luck. I sat on a section I know well, looking and especially listening for life. On large broad water in bright light and with a lot of reflection, it is often sound that gives a trout’s surface feeding position away. I would catch fewer fish on dries if I was hearing impaired. I looked and listened for a long time then gave my eyes a rest, looked elsewhere, and just listened. Silence. The river never woke up. I plan to return one more time before run-off but I might not get a chance as the last three days have been hot and soon they will open the dam and release enough water to turn the Sahara green. Then I’ll have to wait a month or two for the river to settle down and clear. If things don’t work out locally then Plan B is to jump in the car and make the trip south to the Missouri river for the upcoming long weekend. May is usually a good dry fly month there. I’ll get riverside and listen for life. 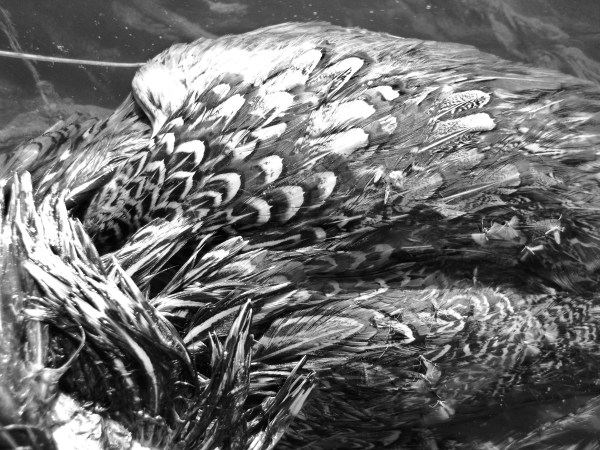 soft spot where bugs were collecting 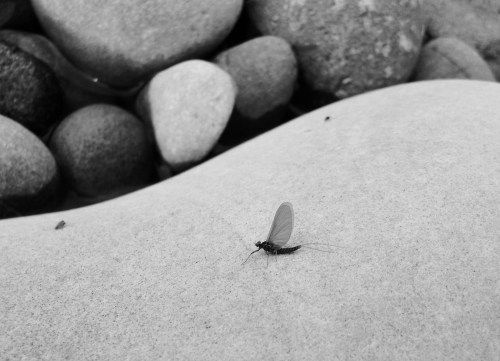 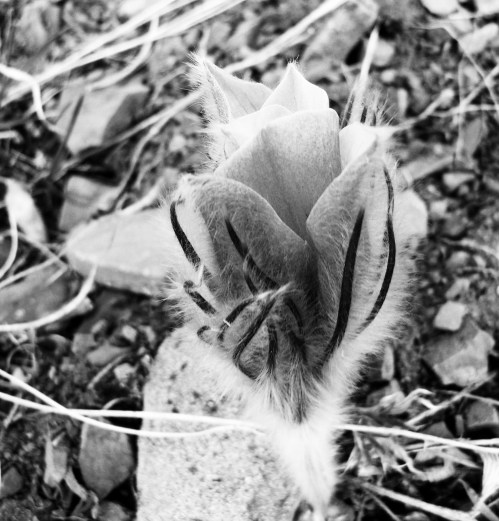 2 thoughts on “Listening for Life”