“I don’t need an alarm clock. My ideas wake me”.

side channel: slow and low

I’m on a side channel of the Missouri river and I hear this fellow talking to someone. It sounds like he’s giving advice and directives, possibly to a kid. I can’t see them due to the willows but it is clear they are heading my way. Then they appear. It’s an angler in his early 40’s and a very young Golden Retriever. Now I get it. He is teaching his dog stream etiquette. I say hello and squat. The golden approaches me and I pet him. I followed it up with a big hug. He’s a real beauty, almost Irish Setter red, and only several months old. Welcoming the attention he leans against me. I press my face next to his and receive a lick on the cheek. Tears come to my eyes. The angler doesn’t notice as I’m wearing sun glasses and a long-billed cap. My retriever passed away in late February at age 16+.

The angler is from Helena, Montana. We talk and realise we fish many of the same intimate locations on the big river. Eventually he asks me my favorite dry fly location. I hesitate, look at him and then tell the truth. He says the spot I identified is also his most revered. He then tells me he wrote the name of his last golden retriever, who lived to age 13, on the side of the bridge there. We talk for about ten minutes. We are like “kindred spirits”. The next day I walk to the bridge and find a very faded name: Kinnickinn. I hope I have spelled it right.

It’s early. I’m at the angler parking area in the town of Craig, Montana. I’ve been camping for three days and last night it was cold and poured for several hours straight. It’s finally cleared and I’m absorbing the morning sun while eating a tasty breakfast burrito from Papa’s Burgers and Burritos, and enjoying a strong coffee. I’m also gearing up for the day ahead: pulling on my waders; sorting flies; tying up a new leader; etc. Trailered drift boats are passing every thirty seconds. It’s like a parade. The place is buzzing with activity. There is this guy sitting on a rock nearby eating a snack and drinking from a pop can. He eventually says to me with a smile, “I guess you are going fishing like everyone else”. I reply, “No, I’m getting ready to go shopping in downtown Helena”. We both laugh. I find out he’s on a canoe trip. Get this, he’s paddling from Twin Bridges Montana to Dallas. Yes, Texas! He’s taking the Missouri to the Mississippi, then eventually to the Red River where he’ll paddle the last leg upstream to Dallas where he lives. It’s a long way and multiply it by seven as all three rivers meander immensely. He’s originally from Boston. I tell him I spent most of my life in Montreal. We talk about the hockey rivalry between the two towns and about Bobby Orr and Guy Lafleur. His vessel is Canadian made: Clipper Canoes from British Columbia. I’m going to follow his incredible river journey. Here’s his web site: canoevoyage.com. 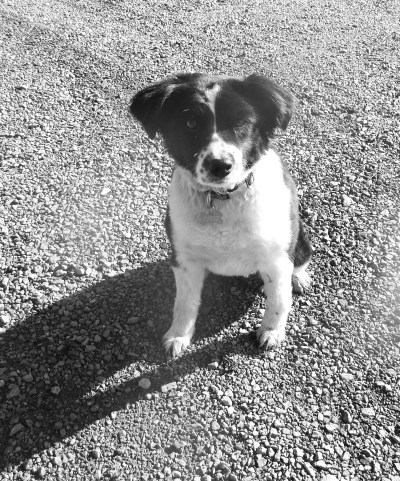 local wanting a taste of my breakfast burrito 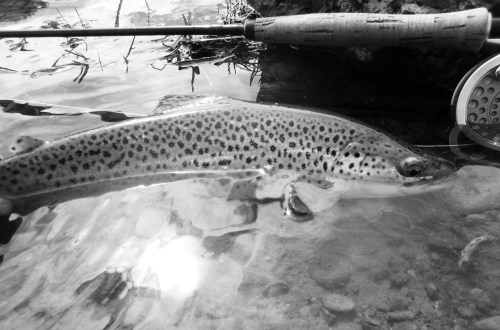 I just spent three and one half days on the Missouri river. I fished midges and tiny olives (baetis), size 20. Only a couple of fish required a dropper. The last morning there I managed some nice trout in full sun on a small terrestrial pattern. On this trip I tried to focus on brown trout. On the Missouri they are significantly out-numbered by rainbows. It is surprising how challenging it is to differentiate between the two species even in shallow water, especially on those days when light conditions are less than ideal. I did manage more browns than usual as I committed to searching for them, often passing by some large rainbows along the way. Sight fishing with dries in shallow water is always exciting, challenging and intense. It’s all about watching the water and being sneaky. A lot of time was spent staying low, hunched or angling on my knees. And I missed more than I caught. Seeing trout up close react to an imitation is just simply the best. It’s what gets me up at 6 am, no alarm clock required. 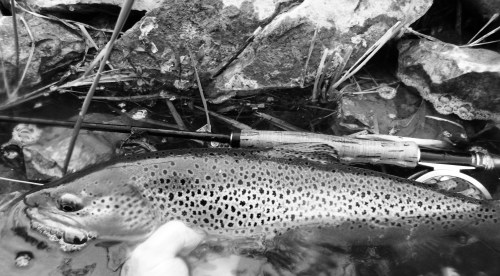