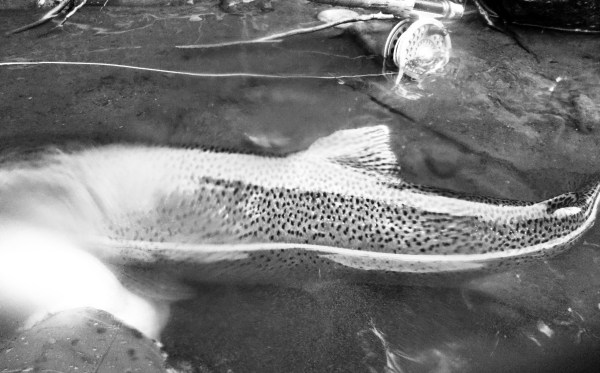 Hey Ken! Time to come in for supper. Hey Ken! Hey, why are you not answering me?

-I’m not your friend Ken!

Oh, sorry. From a distance I thought you were.

Have you seen him. He was fishing alone?

-No, I saw a couple fishing upstream but no fellow fishing alone.

He’s been out since ten this morning and we haven’t seen him. You sure you didn’t see a fellow upstream?

-No, as I’ve said I just saw a couple. Go through the bushes there and check the back eddy. Guys plant themselves there all the time and try catch a sipper. Hours slip away there.

Ya, probably. By the way my name is Sammy. Sorry for disturbing your angling.

– That’s ok. You stay at the B&B and fish here every year?

Ya, here and other places. All the rivers in Montana and elsewhere. I’ve been fly fishing for 60 years.

Ya, as I said I’ve fished them all. Sixty years. I’ve been everywhere.

-When I lived in Montreal I’d fish the Delaware. Nice river.

Ya, I fished all of those rivers. So what happened to the fishing on the Crow? What happened to all the big fish? There are still some around but not the numbers as before. People say it’s the Otters?

-You’re the third person I’ve met this summer who has mentioned Otters! I can’t say I’ve ever seen an Otter on the Crow…so that doesn’t make any sense to me that they’re eating all the fish because I haven’t seen any.

I saw one the other day. You don’t need a lot of them to kill fish populations in a small stream like this. I’m a biologist.

-Well I’ve never seen one. I see mergansers and weasels and they kill fish but they’ve been around forever and we’ve had good fish populations in the past.

So why less big fish…what happened?

-The only thing that makes sense to me is the wicked run-off we’ve had the past two seasons, especially last year. It was vicious. It pummeled the river, and I think there was a fish kill. The fishing nose-dived right after that.

Thank-you, thank-you for saying that! You are the only guy I’ve talked to that says that. That’s what I think has happened to the river. The last two years haven’t been the same. In the spot you are fishing now I’d see 10 or 15 fish lined up along here and now I’m lucky to see 3. From what I’ve heard the run off was real harsh two years ago.

-Yes it was. There is a guy I met the other day who lives upstream and says the fish are still here. He’s an entomologist. He says they have simply been redistributed in the river due to the severe runoff. I told him that in every spot I use to see big fish I now see few, or none. I told him that on a small river like the Crow there are only so many big fish spots, and if they aren’t there then it suggests they simply aren’t around. He says they are still here. Re-distribution makes no sense to me. I hike the river a lot and watch the back eddies from up high. You can sit there, take your time and count fish. And there are less.

Hey, are you spotting Olives on the water?

-Ya, lots of them. And the fish are up. I’ve seen mostly little guys and mid-sized fish but I got a good one a couple of pools up. I also saw some real nice risers just up from here but left them alone as I wanted to fish this section until it gets dark.

Where did you see those nice risers?

When I first got here I saw you cast from high up on the bank to a fish below. That was a desperation cast! 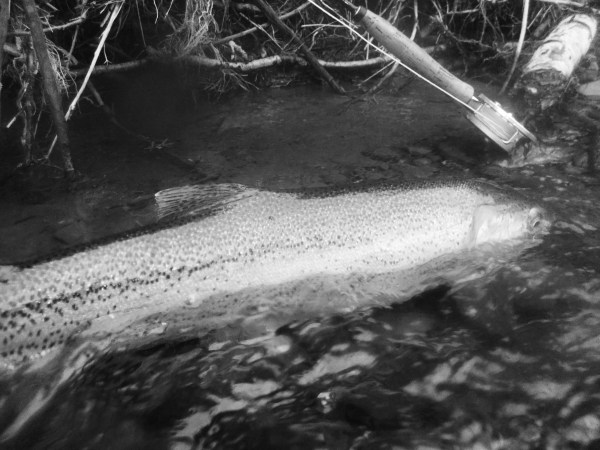 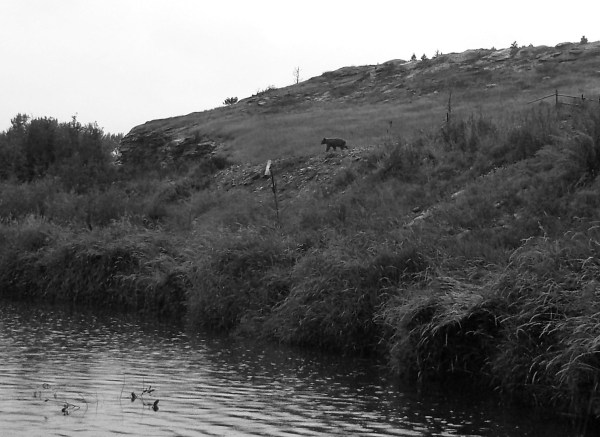 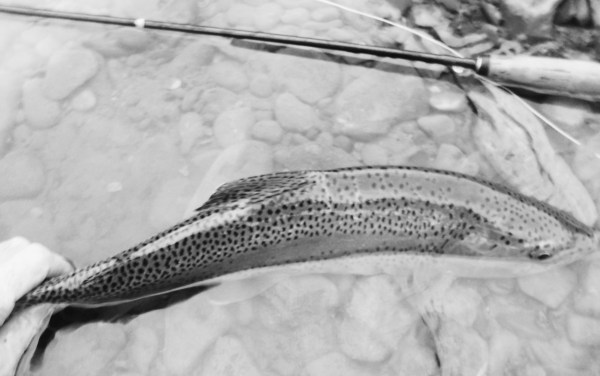 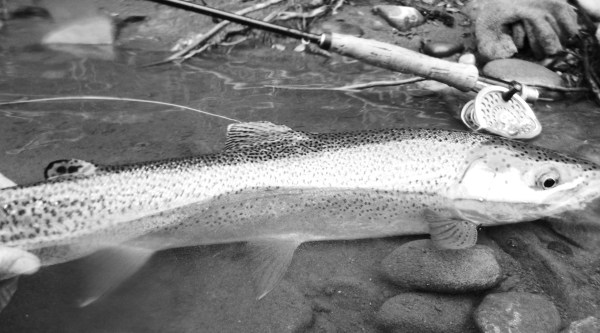 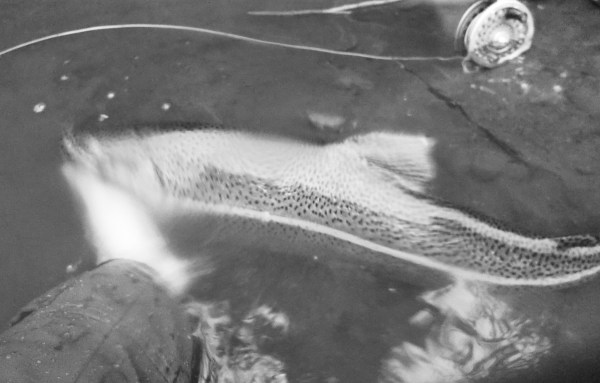 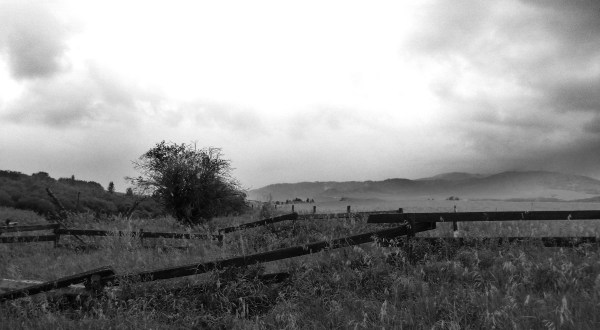 6 thoughts on “Baetis and Otters”