It was -27C on the weekend and we had two feet of snow, so no fish pictures. The closest I came to fins was when I took my daily 2 or 3 capsules of omega-3. So instead of trout and landscape pictures here are some snaps of miniature donkeys taken this Fall. I pass by them whenever I walk a local trail, which is often. They are on private property that has a fence and a sign saying, “Smile you are on camera and we have your license plate number”. Until recently the land was wide open…I guess new owners. The sign is probably there to deter the local gearheads: dirt bikers and four wheelers who especially like digging up the land in the Spring…in their minds the muddier the better. Constant engine noise would probably also terrorize these little fellows. 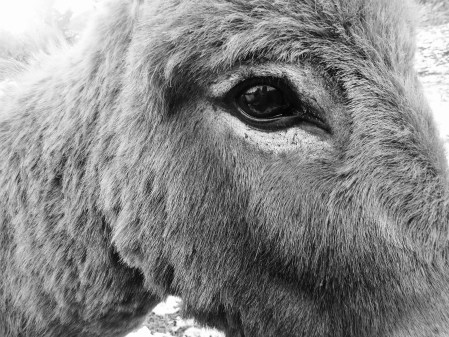 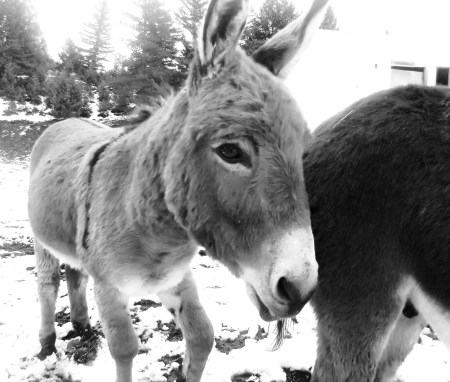 I frequently jump the fence and visit the donkeys. I’ve gotten to know them quite well. They hang out with several horses. It has taken some time but now when I whistle they slowly come to me. If I squat down to their level they come real close and allow me to pet them. They are quite timid and gentle. I’ve read some are now being used in geriatric facilities and with people who are intellectually challenged…like dogs and other animals for Pet Therapy. Given their nature/disposition, smallness and cuteness, I understand why. These two have crosses on their backs which I’m told means they are real 100% donkey. 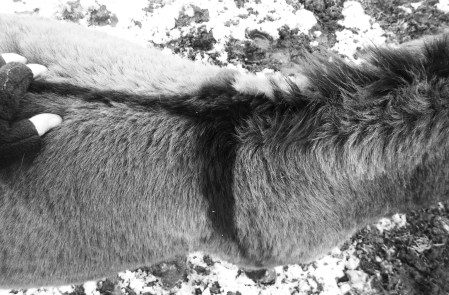 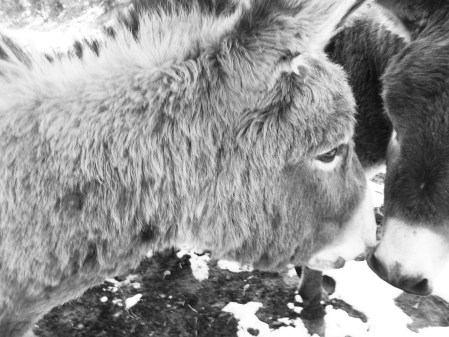 In my next life I’ll raise miniature donkeys. 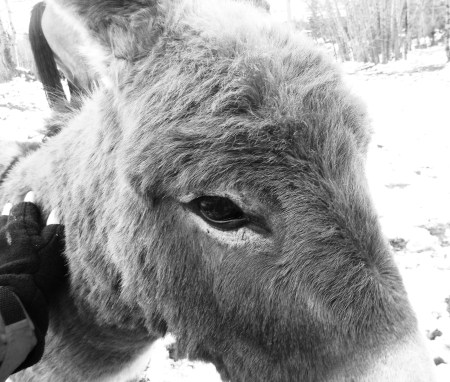 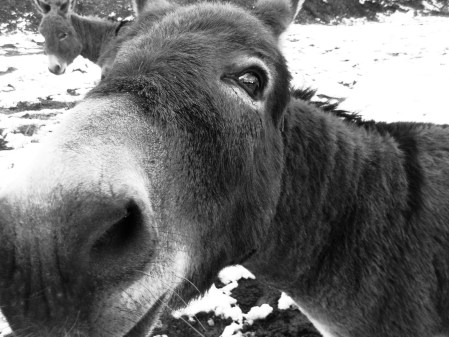 donkey, not a moose