For three days in a row I drove the dirt switchback road all the way up to the high  plateau. That’s where the river was. I’d get up early. My campground breakfast: peanut butter on crackers, a banana and a lot of water. I’d always wake up parched. I never hydrate enough when I fish. Sometimes I even forget to eat.

The car thermometer registered 2 or 3C in the mornings. Once in town I’d grab a large coffee, or two, for the drive. Then it was the slow climb up the switchback leaving the fruit trees and vineyards of the valley behind.

In the morning there was always some fog or cloud at elevation and the temperature would drop. Prehistoric looking rock monoliths would appear and startle me as I made my way through the mist. I imagined Sherlock Holmes on the Moors in The Hound of Baskervilles, and a huge dog with glowing eyes on the hunt. I also imagined William Wallace and his clan on foot in the Highlands disappearing into the fog, eluding the English who were also on the hunt.

After the summit it was a short steep drop with hairpin curves descending to the river. I kept my hands clutched to the wheel. It was low gear, foot riding the brake pedal all the way down…coffee sloshing and spilling. By the time I got to the crossing and pulled-over it was around 8:30 or 9:00 am and sub-zero, usually around  -4C. Cold. When I exited the car I immediately regretted not bringing waders on my trip.” Stupid is as stupid does”.

By then the top of the hills far to the west were just starting to catch the morning light. I’d watch the glow with envy. I’d have to wait some time before it travelled all the way to me and brought warmth. I was early. Too early. I’m always too early when I go fishing. 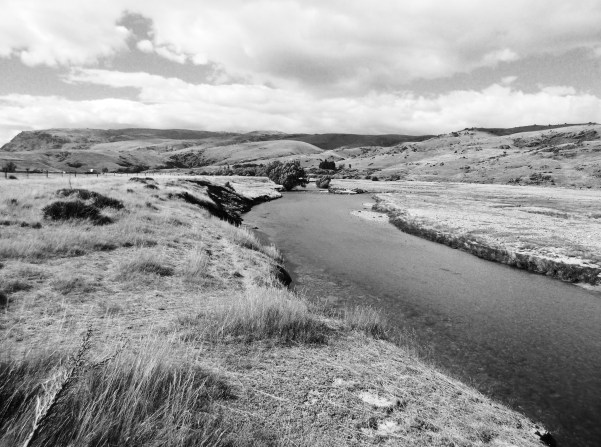 I wrestled my wading boots on over heavy wool socks. They were still wet from fishing the previous day and stiff with the cold. On my first few steps I walked like Herman Munster. It was like I had cinder blocks on my feet. As I moved back and forth they loosened up a bit. I got the rest of my gear together. Fingerless fleece gloves made the task bearable in the cold. I checked and double checked to make sure I had everything. I didn’t want to have to come back to the car because of a forgotten item. I wanted a full day on the river. I wanted as much time as the light would offer. I’d be covering a lot of water and wanted to go in only one direction until late afternoon. Until the waning light would remind me it was time to turn around and boogaloo back.

Morning frost turned my boot tops icy white as I crossed a field on the way to the water. Grass hoppers, cicadas and other terrestrial bugs were sluggish, some seemingly in a deep sleep. I knew that would change. The sun would bring some of them back to life and trout would be on the look out for them. 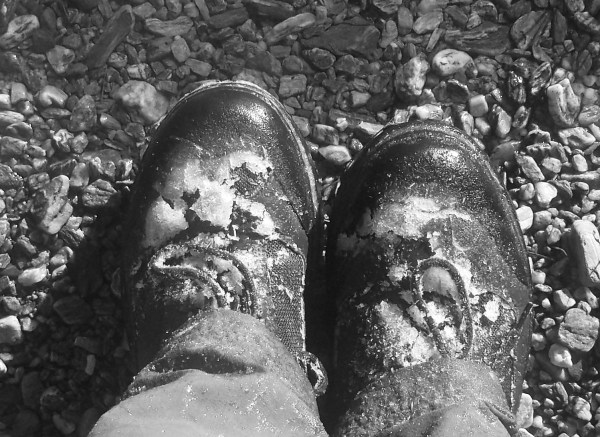 Briskly walking the river banks warmed me and then river crossings would make me cold again. Upstream I went, feet frozen, reading and memorizing the water as I travelled.

Then the sunlight finally reached the river. I embraced its warmth. It was like nourishment. With the sun’s energy I knew things would come alive. With the light flooding the river I was now able to sight-fish. I could begin my search in earnest. My search for Brown trout. 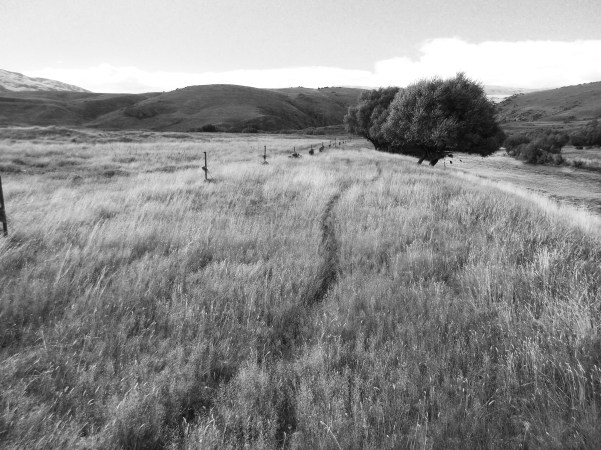 Not much had been written about this river on the high plateau, or at least I couldn’t find much. Several years ago I did come across one good story which caught my attention and stayed with me. It was written by a fly fishing guide. He described the region as wide open, barren, inhospitable and prone to hostile weather, and said the river was moderate in size. For an angler walk-wading, mid-sized water is always welcomed as it is easy to negotiate and locate fish in. The author reported the river did not hold many trout but had some good ones, even a few trophies, and said it fished best at the beginning of the season. Here I was standing on its banks near the END of the season. Wrong time? I didn’t know. I felt there had to be some trout around. And they had to eat!?

I could tell the river had been fished over all summer long. The path alongside it was well warned by wading boots and sheep hooves. With a six month fishing season and a lot of angling pressure, I knew the trout here would be on high alert. With the wide open (no place to hide) terrain I’d have to take my time and be stealthy. I didn’t want to scare the few trout that I might come across. Things were going to be challenging…

By the afternoon the temperature had climbed and I was comfortable. I walked and watched. When I could, I climbed riverside hills and searched from elevation. I continued to make my way upstream. Then it happened. I spotted one.

For three days I fished different sections of the river. Eventually I hit a gorge and it was time for me to stop. I never saw any one. The place was silent. Silent except for the comforting sound of the natural world. Every full day I’d get 2 maybe 3 chances at great trout. I think I averaged 1 or 2 to the net per day, all on dry flies. Although I caught some larger fish in a river further north and saw more of them in a famous river south, the trout in this river were the hottest, most spirited of my trip. I brought my energy and determination to the river every sub-zero morning and these Brown trout more than matched/equalled it. I frequently saw the backing on my fishing reel. Many months later I still keep thinking about two very memorable trout that out-dueled me. 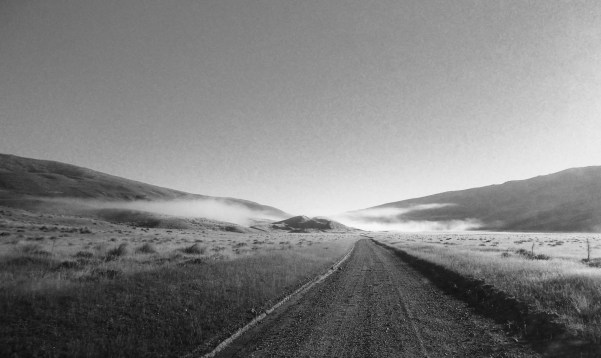