I’m a fortunate angler to live along the Continental Divide. If I don’t like the river and weather conditions on one side of the Rockies, I can drive fast and cross over in one hour or less and check out the situation on the other side. The east slope and the west slope are like night and day. They are completely different environments and sometimes have contrasting weather patterns. The Alberta east slope is dry, more wide open and breezy, and the British Columbia (BC) west slope is wetter, therefore has more vegetation (trees) and is usually less windy. 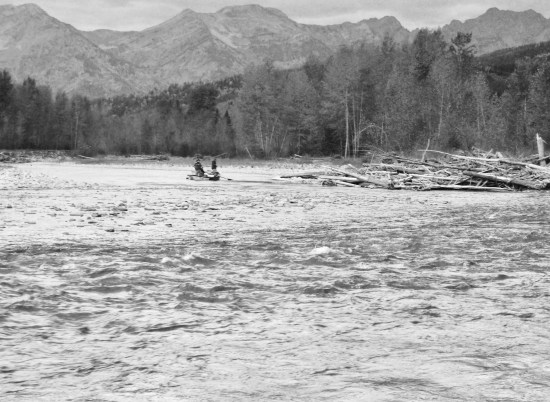 I crossed into BC this weekend as there were 100km an hour wind warnings in my region of Alberta. I fished the Elk river. With the predicted relative calm and overcast sky I was hoping for a Blue Winged Olive hatch. There was a very brief one late afternoon and I eventually found some rising cutthroat trout. An early trout was caught on a cricket pattern and afternoon rising fish on a size 20 Olive pattern: natural color deer hair wing tied forward, a turn or two of medium dun hackle clipped on the bottom, grey thorax dubbed and grey body, amber trailing shuck on a Klinkhammer style hook that allows the body to dangle. Sounds kind of complicated but I’m sure any fly tied the right size would have worked. Here are a few weekend pictures of the east slope, the west slope and some BC cutthroat.

The skin of a cutthroat feels just like a brook trout…silky smooth.