Sight fishing is generally not easy. You need the right conditions to be successful and rarely do all the stars align. When things do come together it can be quite memorable; it makes your season. Lately the sight fishing in my region has been real challenging. Of my three favorite tailwater rivers, two are off color and the third, every time I go there, is being wind beaten to a froth. The reservoirs that feed two of the three rivers are so low they are releasing cloudy/silt-laden water, and it is going to remain that way until next season. Too bad. The visibility on them is only about two feet. That’s a huge limitation when you’re trying to sight fish. 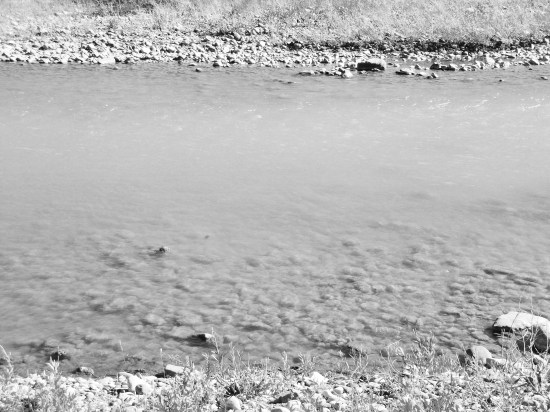 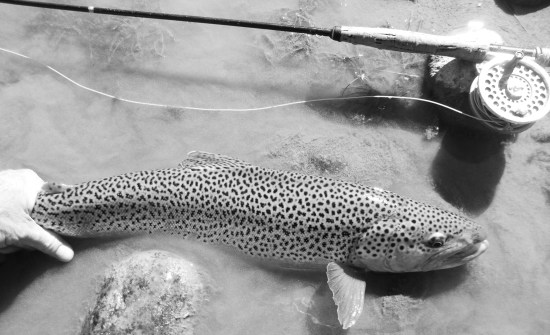 On Saturday I hiked a lot, covered a few rivers and did manage to locate one good fish in spite of the off color water. I couldn’t entice him to take on the surface. After several casts he moved off and disappeared. I returned the next day with a different strategy; Plan B. I showed up around the same time and found him subsurface feeding in the same area. Like us, trout have their feeding spots. This time I tried one pass overhead with a grasshopper pattern. Like the day before, no reaction. I tied on a small bead head nymph (fished subsurface) but had no success. I then tied on a larger heavier nymph and connected. As Yogi Berra said, “It ain’t over till it’s over”.

It was a tough weekend. I covered a lot of water in high wind and connected with only one trout…but it was a good one.

road out of river valley

“He hits from both sides of the plate. He’s amphibious”