December was winter like. January and February weren’t. Now it’s early March and so far it continues to be mild. The next three months is when we get our wet weather and if it’s cool enough we get snow…often tons of it, especially at elevation. Right now we have no significant snow pack. Without it we will have low summer river flows and warm water by the end of July. Last year our trout streams were shut down for part of August due to water temperatures. Unless we get snow, we could be in the same situation again.

I’ve been living and fishing SW Alberta for 15 years now and the overall trend is less and less water in our incredible shrinking rivers.

Speaking of warm temperatures…here are a few photos from past seasons chasing Roosterfish on foot. I’m planning a late spring trip. The past three years I haven’t been able to get back to Baja. I’m looking forward to it as searching for and sight casting to Roosters on foot, although a long shot pursuit, is an amazing experience even if you don’t get a hook up. Watching a 30 lbs or larger Rooster chase your fly right up to your flip flops while you plead out loud “eat the fly” is well worth the price of admission. My hands always shake uncontrollably after such an event and it takes me time to settle down and process the believability of what I just witnessed. 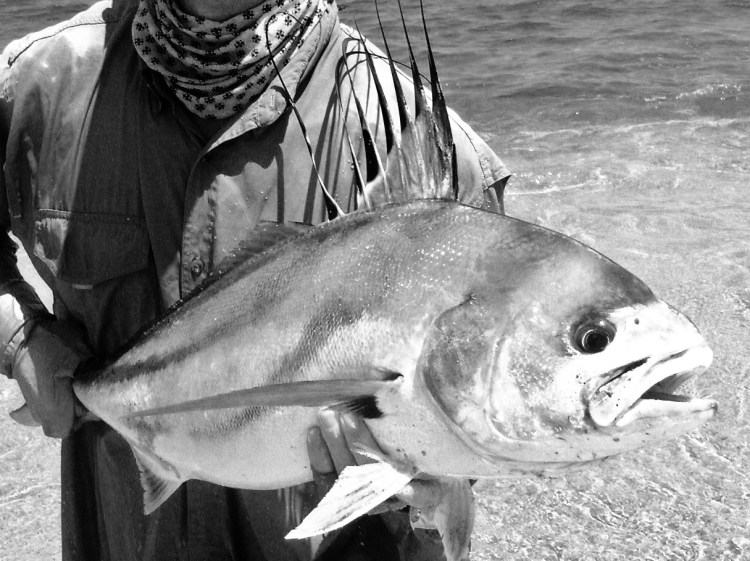 Chasing Roosters on foot requires endurance, a good eye, a quick delivery (cast) and line speed, good bait (well tied flies), and some luck. Of course, finding active feeding fish, which means being in the right place at the right time, can make all the difference. This is easier said than done when on foot.

I believe nothing has contributed more to me getting a hook up than simply telling myself over and over when things are slow and doubt inevitably seeps in and takes over that “if I just hang in there and put in my time I will get a shot… I’ll get a chance”. That’s the mental side of it. It’s the part that requires persistence, patience, self-encouragement and some faith. I try to bring that to the Sea Of Cortez. 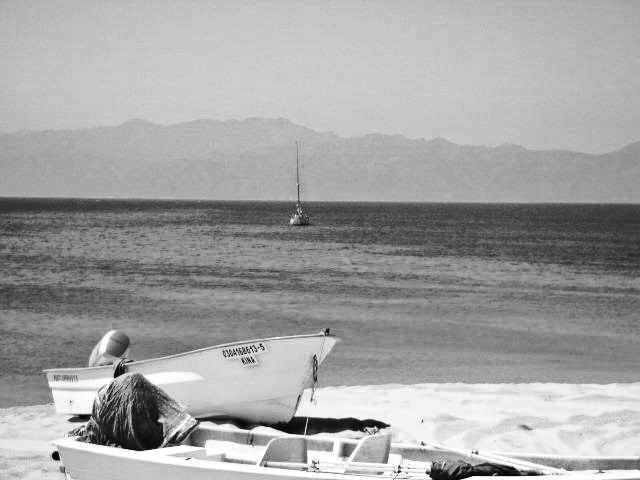 Most people increase their fishing odds by driving a 4-wheeler (quad) up and down the beach, and Baja has many miles of sand which can be covered.

my roof top hang out in dunes

People on quads generally work in pairs with one person driving and the other “riding shotgun” and on the lookout for Roosters. You are more likely to find baitfish and feeding fish if you cover a lot of beach. 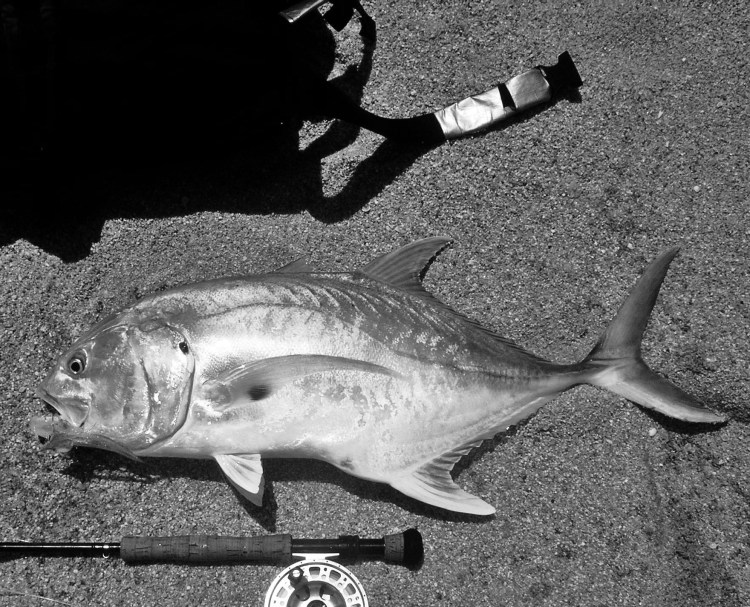 Some people fish for them out of Pangas: small sea-worthy outboard motor boat. They cruise around searching for bait and signs of feeding fish or try to attract them with chum. Basically they have the whole Sea of Cortez available to them. Once they spot a feeding Rooster the captain (Pangero) keeps throwing bait at the fish in order to keep them around and eating, and the angler can get multiple casting opportunities. Sometimes they throw a hook-less teaser lure at the fish and reel it in fast so that the Rooster chases it in tight to the boat, so casting distances are short and easy. 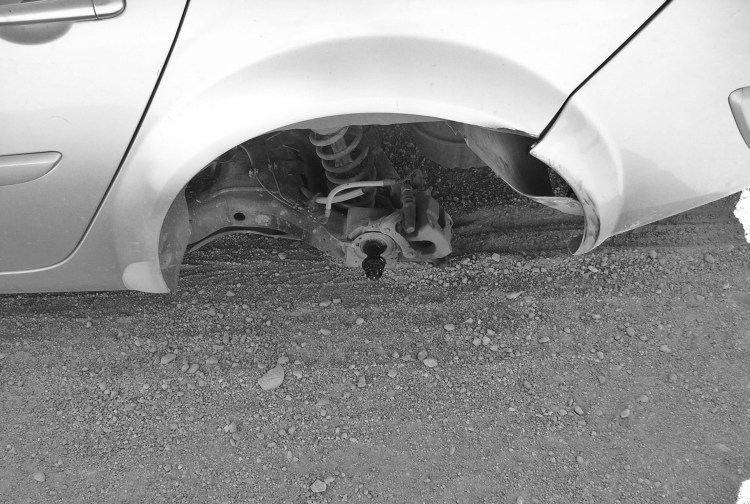 rental car wheel flew off while driving the desert

I was once fishing a beach in an area called La Ventana. There was a Panga 100 yards out with clients on board. They were anglers from San Francisco. I knew this as they were lodging where I was. They were on some sort of guided group angling trip. I had spent most of the morning walking the beach and had seen nothing. Then mid afternoon I finally spotted a medium sized Rooster working a very small bait ball within casting range. It was my first opportunity of the day after several hours on foot. I started casting trying to pull the Rooster off of the bait ball and onto my fly. The pangero off shore spotted my activity, raced over at full throttle, and within seconds had his two anglers casting fervently to the fish while he threw bait. At one point he put his Panga between me and the feeding fish, basically blocking me and forcing me to simply stand there and watch his two clients cast to the Rooster I had located. 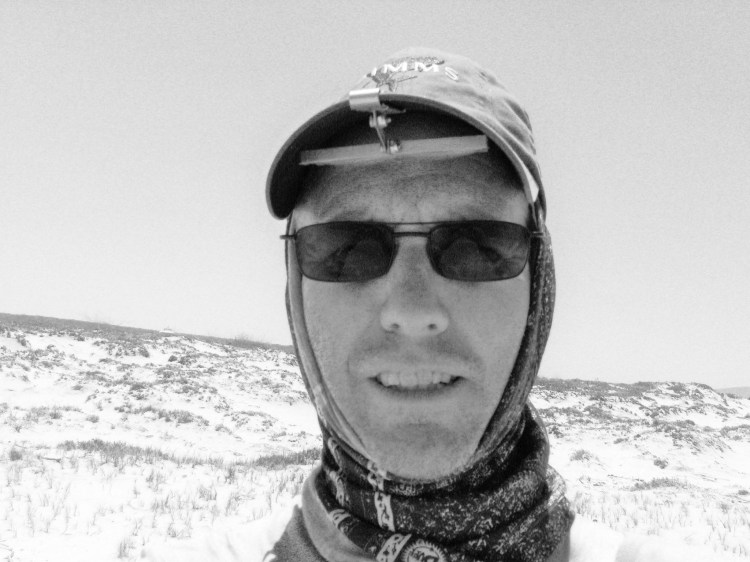 I was more ticked off at the anglers than the Pangero as he was working: earning a living. The anglers were there for sport and in my mind should have know better… etiquette and all that. Well, they didn’t catch the rooster and I was happy about that. It disappeared and when all the frenetic casting ended, the anglers looked at me from their boat 20 yards off shore and nodded. With as much emotional maturity as I could muster I gave them the finger and told them to F-off. I think that with the wind, noisy surf and bright sun they thought I was saying hello, as they waved back to me. In order to avoid an angling war the next day I packed up and moved on to a beach further south in search of a little angling space. After all I was on vacation. 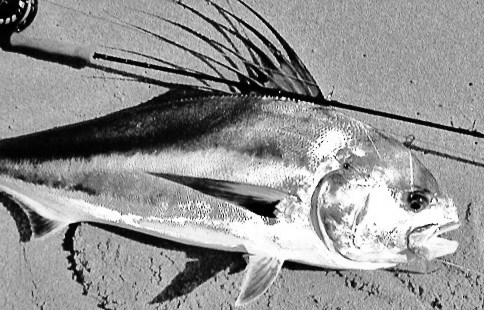