I had the week off and decided to get out-of-town. It’s something I haven’t done since March. It was a quick trip down to Sun Valley, Idaho. A 12 hour drive for a family vacation along with some fishing on Silver Creek. I’ve waded this beautiful spring creek before and connected with some of its challenging trout.

The air was thick with smoke all the way to south central Idaho. Several towns we passed through on HWY 93 were on evacuation alert. It was burning in BC when we left. It was burning in Montana as we raced through. It was also burning in parts of Idaho when we arrived. Did I forgot to mention that things were burning?! Sun Valley was Smoke Valley for most of the week. 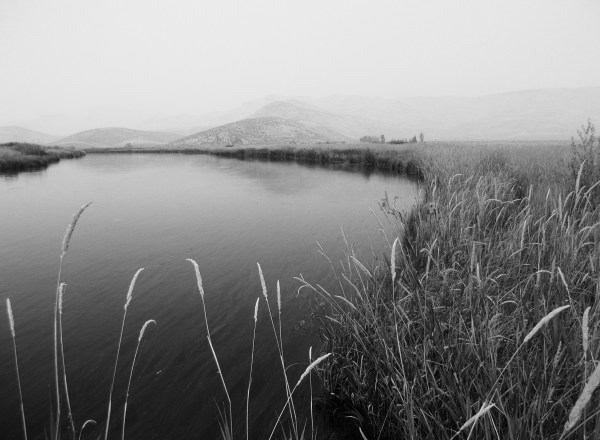 I fished downstream of the famous Silver Creek Preserve section as understandably  “no pets” are allowed on the hallowed water. There were few bugs on the lower section; few rises; inconsistent rises…one here, and then one there 10 minutes later. Brutal. 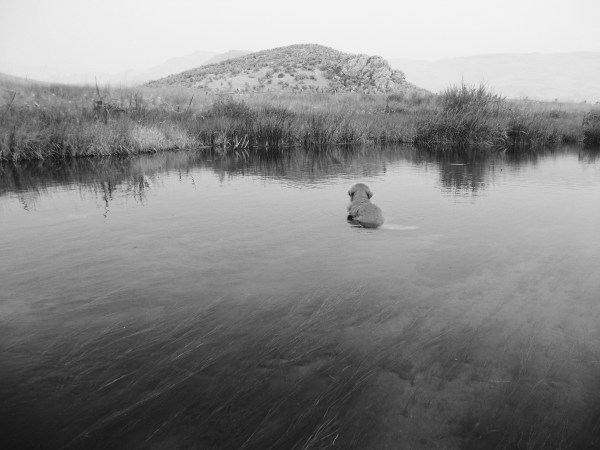 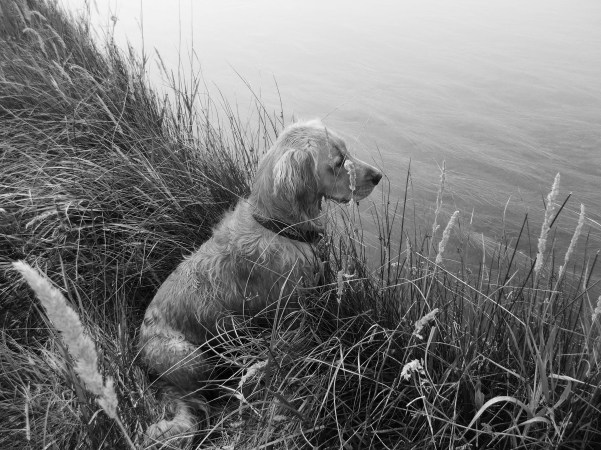 One morning a brief Trico hatch occurred (once the smoke cleared) which I appreciated but very few good fish broke the surface. Just a lot of little guys. Guppies. Brutal.

the oxbow in smoke 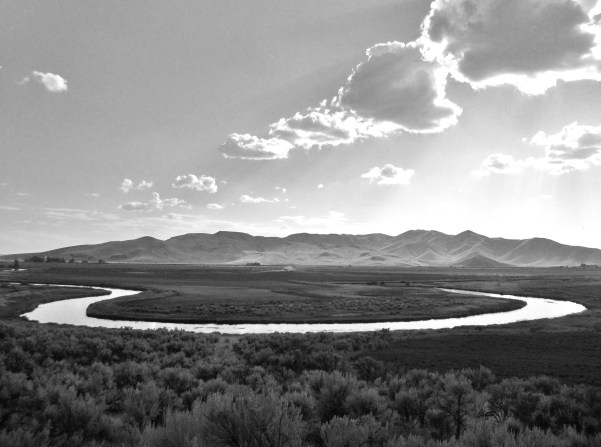 I searched the banks for signs of life: water displacement, any indication of a good one prowling or sipping, or gulping a terrestrial bug or anything. I watched and watched while baking my brain in the intense heat. In desperation I even fished blind, covering water with grasshoppers, beetles, crickets, damsel flies…brutal.

Eventually I just had to accept the situation: that the fishing was poor and probably wouldn’t change during my brief visit. Things got easier after that (but not the fishing). At the end of the trip Smoke Valley cleared and beautiful Sun Valley returned. Our lungs breathed easier. My retriever stopped sneezing. I spent more time exploring the quaint town of Hailey, where we were staying, and a little less on the creek. I must say that if I had to pick one western town/region to drop into for three months every summer, and that was close to great fishing, this would be the spot.

I caught several fish on the creek but managed only one good one in 4 days fishing. It was a brown trout, which was occasionally rising. It was one of the few good fish that I spotted. It took a small beetle. It was the prize of the week, and even more significant than it normally would have been, given how few opportunities there were to cast to large rising fish.

We took a different route on the way home, driving interstate highways at a good clip after spraying our vehicle down with flame retardant (just kidding). Several areas we passed through were very smoky. Once we hit the Canadian border the smoke intensified. There was a fire racing through Waterton National Park. At home ashes were raining from the sky. Brutal.