A friend, Roman, came into town last-minute to fish. We spent three days on local rivers. The weather was cold. In the 3C to -3C range with some occasional snow. Winter like. Winter in September. It was runny nose, frozen finger fishing. The heavy skies and low light conditions were an advantage. Some great fish were spotted. Many were feeding solely on emergers and were extremely challenging. The ones willing to eat dries and in some sort of feeding rhythm usually could be duped. Roman landed some truly exceptional ones. Fall fishing in my region can be stellar when low fronts come in and the wind holds-off. We tossed low riding patterns to sighted trout each afternoon: parachutes, hacklestackers, etc. All trout were taken on size 18 Olive dries. Late one day some Mahoganies made an appearance. With the poor weather there was little angling pressure. For the most part we had the rivers to ourselves. Late one day a young fellow appeared out of the fog in jeans and running shoes and started to wet wade a pool we were on. He told us he was Czech nymphing a 2 fly rig. The temperature was about zero. Ice was forming on the river’s edge. An apparition from Prague? Later our paths crossed again at a local restaurant. The wet cuffs on his pants gave him away. We chatted and discovered he once lived one or two streets over from where I use to own a home in a little town in Quebec. We spoke about trout streams just south of the Quebec border. He identified several then spoke about one little obscure stream that was special to him. I knew it well. We both talked fondly about the small stream that flows some 3600 plus km away from where we were standing.

The day of Roman’s departure a wicked snow storm hit. Here are some photos of some of the trout he caught. 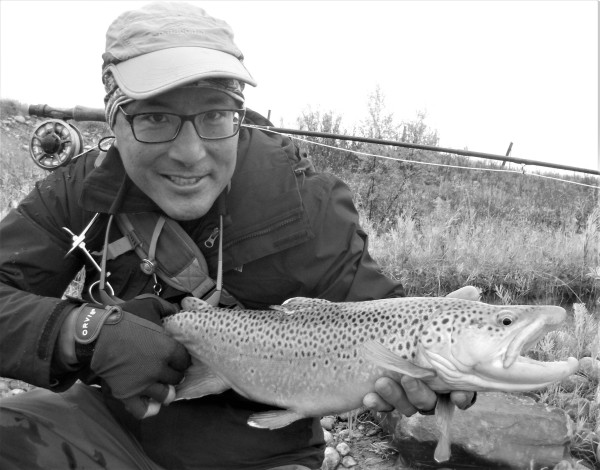 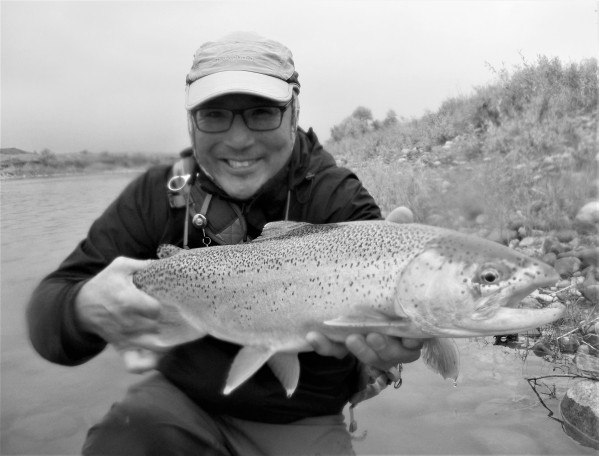 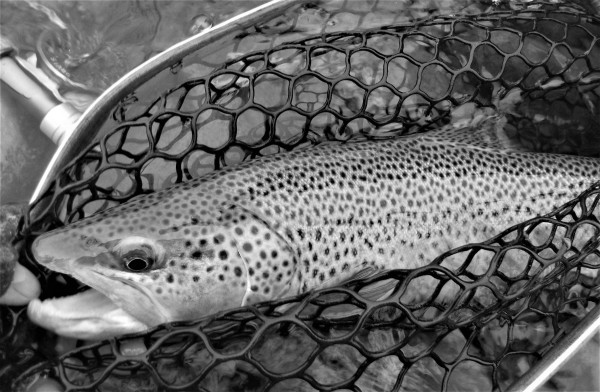 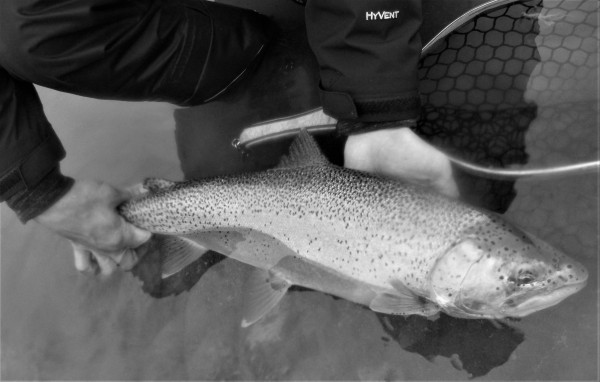 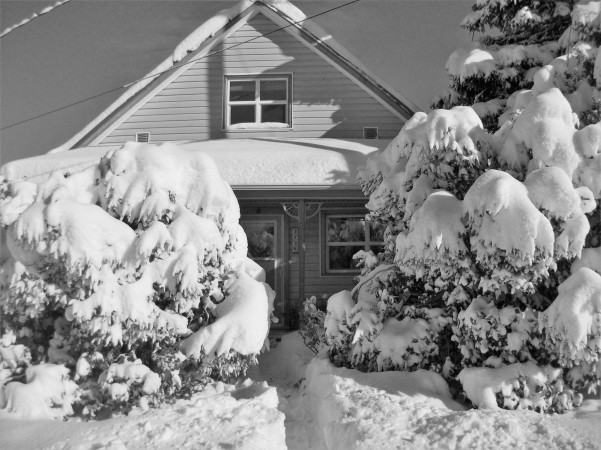 4 thoughts on “olives before the storm”