Late October. It’s closing down. Hard to find rising fish. On Saturday saw a couple of trout surfacing inconsistently on my local river late in the day when the wind died down. Missed them. No other opportunities that day. On Sunday changed it up and took a drive through the mountains into British Columbia. Fished the Elk river in Fernie in the afternoon. Hoped for BWO’s. Hoped for some rising Cutthroats. Found some. Nothing big. Caught several. Missed several. Not a great hatch. Actually quite weak. As I said, it’s closing down. I had to search slow collector areas; back eddies, etc., in order to find some rising fish. Only saw one other angler as I worked my way upstream. It was a young boy and his grandmother. He was fishing. She was supervising. They were standing above at a deep, clear, calm pool next to a huge log-jam, spotting cutthroats and occasionally catching one. When they saw me they said, “We didn’t think there would be anybody else foolish enough to be out today”. With a big smile the boy showed me a photo of a Cutthroat he had just landed. A great fish. He didn’t know what fly he caught it on. I checked. It was a small parachute Adams.

I went just upstream of them and fished a slow area. Two fools casting dry flies in late October in the rain, sleet and snow. Two fools, a grandmother and a wet dog. 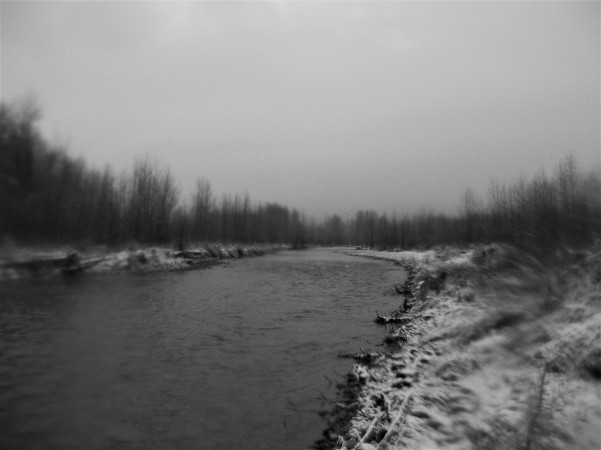 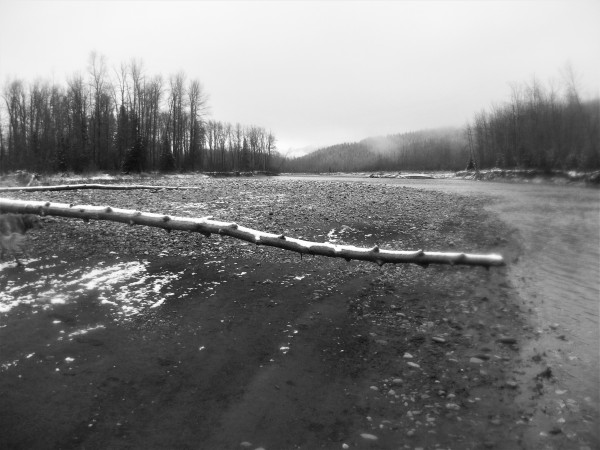 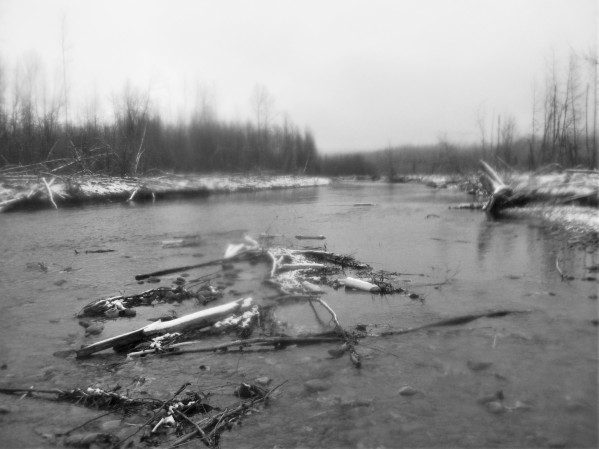 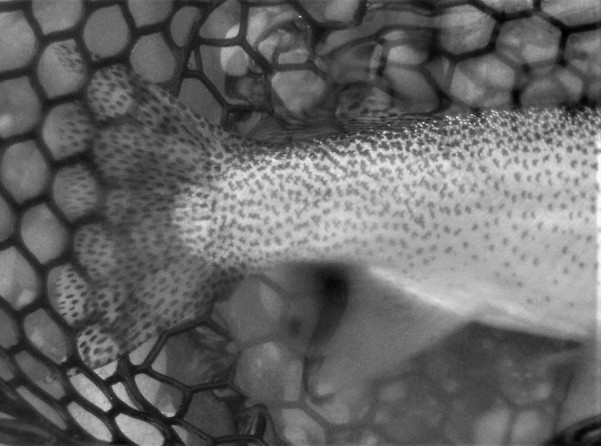 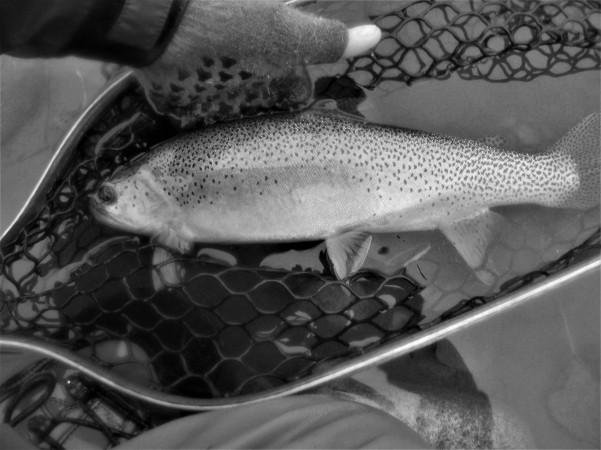